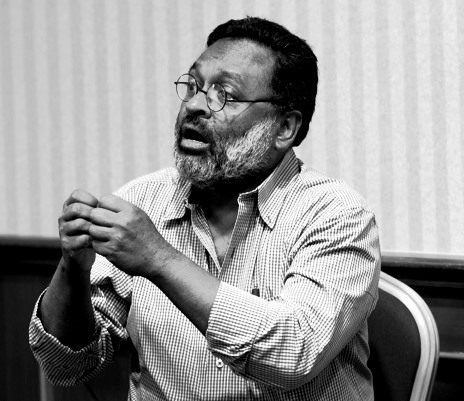 Looking back after three decades I realize that I have had the extraordinary good fortune of being able to learn, practice and seriously experience and enjoy a multitude of professional and academic worlds.

After doing my undergraduate studies at the National Institute of Design in Ahmedabad, India and practicing as a design and communication consultant for a few years, my first career shift happened when I started teaching creativity and critical thinking in 1988. After six years of being somewhat of an autodidact I discovered that it was a legitimate field of study and I finally got a Masters degree in Critical and Creative Thinking from the University of Massachusetts in Boston in 1997. Next I gravitated into the world of cross cultural communication and diversity management and consulted and trained extensively in the US. Moving from this to mediation and conflict resolution, where I have now been working for the better part of two decades, seemed like a no-brainer. Given this chequered life, I guess it is not surprising that I am now veering towards what I call creative coexistence. To put it another way, today I am most interested in:

For those who are interested in my professional credentials and background: I have had the opportunity to work in, teach and  lecture in parts of the Middle East, South Asia, Africa, Europe and the USA. In 2005 I started Meta-Culture in Bangalore, India and before that I worked as a Mediator and Facilitator for almost a decade in the Greater Boston area. I have designed and delivered workshops in communication, conflict resolution, critical thinking, and cross-cultural diversity and mediated and facilitated complex dialogues and consensus building processes between polarized groups in the personal, public and business spheres.

Two of my key projects in the past few years were a pioneering, multi–year, multi–stakeholder dialogue in the garment and apparel sector in India called the Garment Sector Roundtable (GSR) which gave rise to two spin off projects, the Joint Fact–Finding Commission on Labor Attrition, and the Women’s Supervisory Training Program. I also initiated and facilitated a yearlong series of dialogues between Hindus and Christians, and Hindus and Muslims, Meta-Dialogues; to build relationships and address contentious issues between leaders of religious communities in the city of Bangalore, India.

In 2013 I started the Public Intelligence Project, an advocacy and education initiative to explore ways to better manage diversity through promoting participatory democracy, dialogue, critical thinking, and freedom of expression. Some of the project’s grassroots democracy efforts include Socrates’ Last Stand, a series of community conversations and the Alternative Futures Dialogue, a 7-month program for citizen leaders from different walks of life and ideological persuasions.